SEED of the SEEDS

In the Open-era
NEVER happened that either No.1 or No.2 seeded players did not reach the last 16!

Having regard to the above ratios, this year, when – again – the No.1 and No.2 seeded players advanced into the R16:

to win the title in Wimbledon.

Waiting for the Next Aussie Champ in Wimbledon…

On the following diagram, you can track the changes of the numbers of the Australian players in the last 16 in Wimbledon.

In the Open-era, 6 titles was won by 4 Aussie players in 47 years! After 4 straight titles between 1968-71 (2-2 Laver and Newcombe), Australian fans had to wait for 16 years when Pat Cash claimed the trophy in Wimbledon. 15 years later, Lleyton Hewitt won in 2002. If Australian players keep this trend, their next successful Wimby campaign will happen next year (14 years after the last one).

In 2002, it was the last time when a non-European player succeed in Wimbledon!

The Third Golden-Era for US Players…still yet to come?

On the following diagram, you can track the changes of the numbers of the US players in the last 16 in Wimbledon.
There were two golden-era inside 28 years:

Walkover in the Last 16… 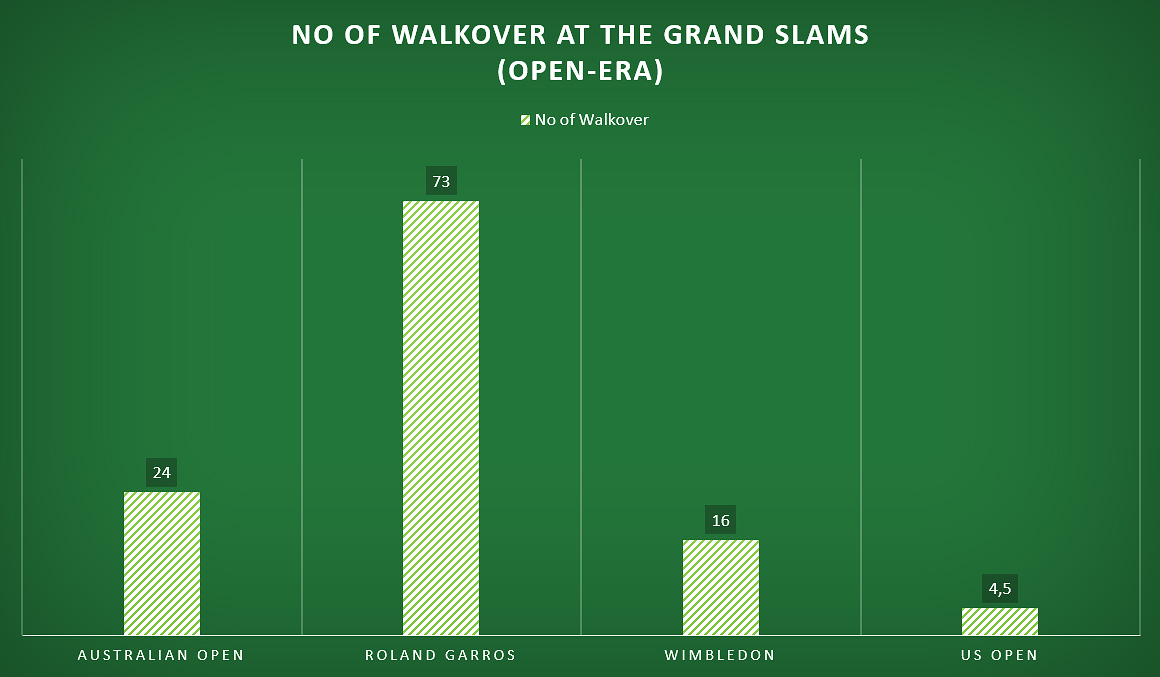 Since 1990, US player was not able to comeback in this round in Wimbledon!
Since 2009, no Australian player could come back from 0-2 down in Wimbledon in Round 16. 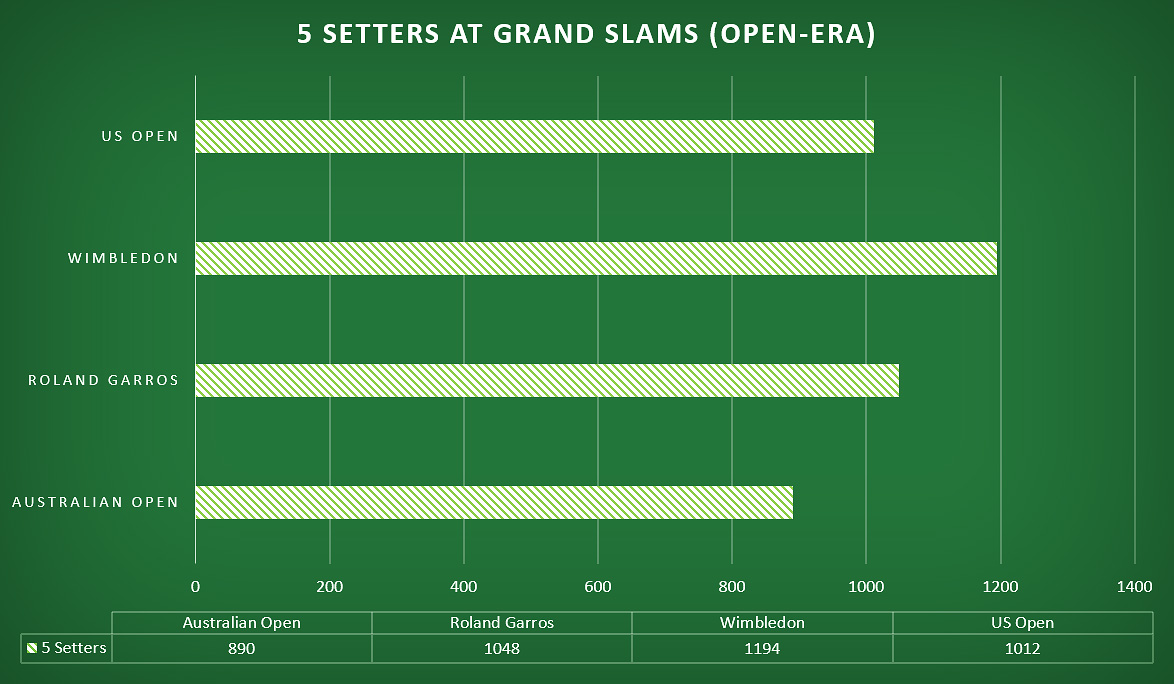 Last year, total 23 five setters were played in Wimbledon at the men’s side. This year, only on the first week, already 27 five-setters were completed! Only 6 five-set matches are missing to reach the 1200 in Wimbledon