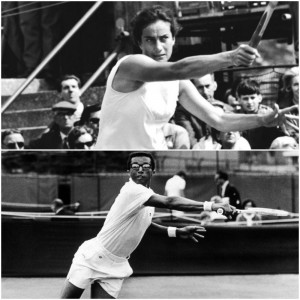 Plus Arthur Ashe was born in the state of Virginia!