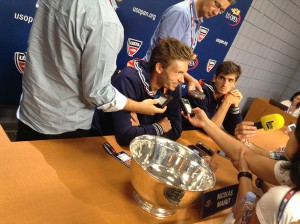 Pierre-Hugues Herbert and Nicolas Mahut wrote a new chapter in the history book when they defeated Jamie Murray and John Peers in the US Open final! This was the first time when an All-French Team *men, women, mixed) clinched the men’s doubles at the history of the US Open. Interestingly, the Four Musketeers (Cochet, Lacoste, Borotra and Brugnon) collected total 27 men’s doubles championships at the other 3 Majors,however they never managed to go through the semifinals at the U.S. National Championships! Last time there was a chance for Henri Leconte and Yannick Noah 30 years ago, when although they won the first tiebreak, then  they lost the next 3 sets. Last year before Herbert had a great week in Tokyo winning the Rakuten Japan Open Tennis Championships with Michal Przysiezny, Nicolas Mahut went to see him and told him: “You’re a good doubles player. Let’s go do a year!” The rest of the story is history; they were runner-ups at the Aussie Open and in Rosmalen in June. Then, they claimed their first title at the Queen’s Club and now their first GS New York. The matchpoint lasted for 16 shots mostly improbable ones and the rally was finished by Herbert with an incredible backhand volley. At the press conference, Mahut said: “It’s great to be the first French team to win this one, yeah, it’s a privilege to hold the trophy and now it’s time to celebrate.” 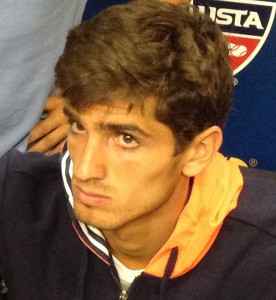