Questions before the final:

2926 days ago happened LAST TIME when a champion could defend his title (2007, Roger Federer).

Only 20 champions defended the title in Wimbledon (all-time):

Only 7 players managed to defend the title in Wimbledon (Open-era): 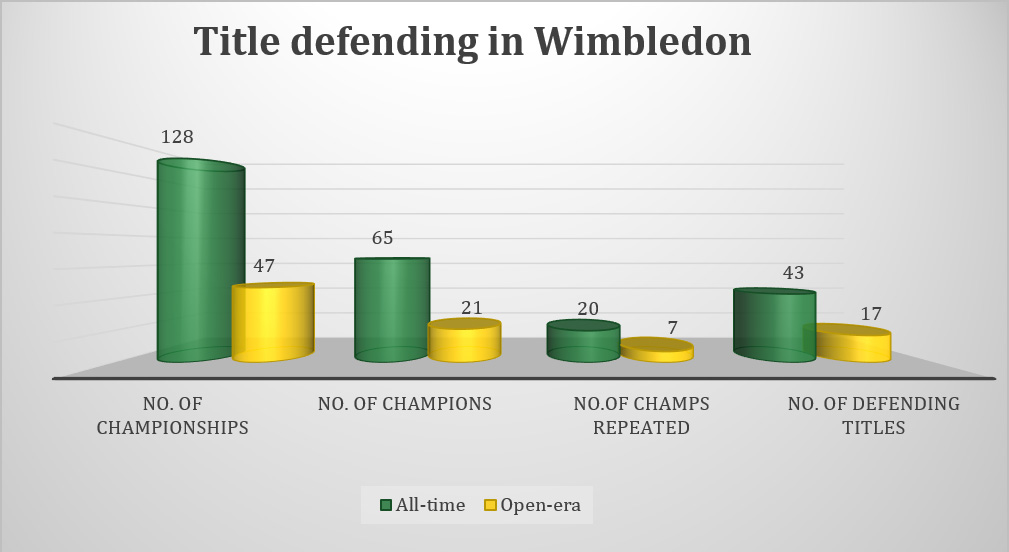 Since 1880 in Wimbledon, there was at least one player in each decade who defended successfully his title, except the 1940s (between1940-45 there was no competition due to WWII).
Djokovic will be the FIRST champion who defends his title in this decade in Wimbledon?
Djokovic was able to defend his title (2012-13) ONLY in Melbourne during his career.

If Djokovic wins, he will equal his coach’s number of titles in Wimbledon…
If Federer wins, the number of championships of Edberg-Federer combo will be doubled than the Becker-Djokovic. Becker and Djokovic reached 15 semifinals together like Edberg and Federer…

Will Roger Federer be a sole record holder of Wimbledon with 8 titles?

The most titles at the same Grand Slam of all-time:

Federer’s opponents in Wimbledon by countries (1999-2015) until this year’s final : 28 different nations

In the Open-era, 19 times of 47 years, the No.1 seeded player won the title in Wimbledon.

In the Open-era, the champion is coming