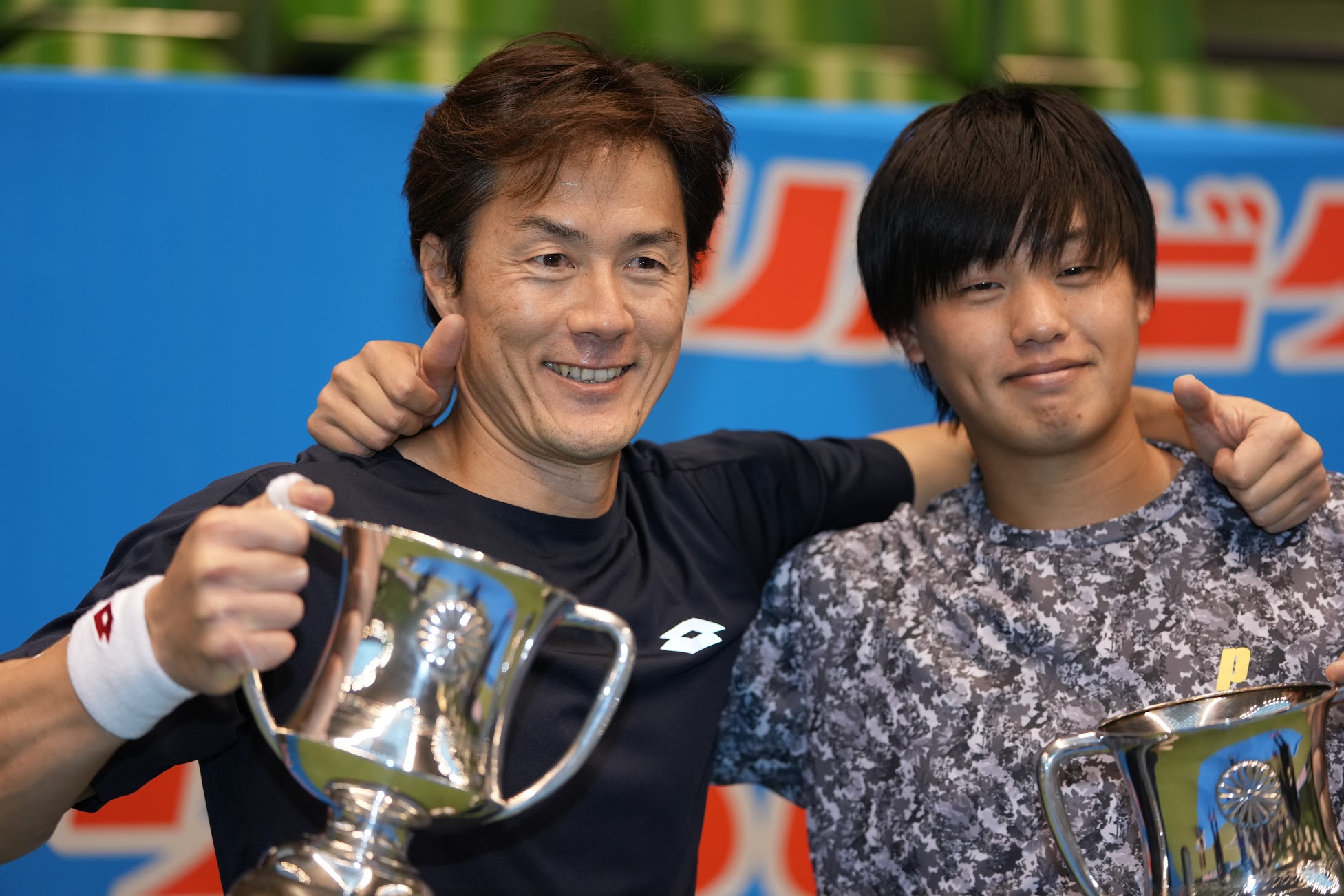 TOKYO, JAPAN – Last Sunday, at the 96th Japan National Championships every eye in the Bourbon Beans Dome followed one player who stepped on the center court for claiming another title to his illustrious career. He was 43 in April, however he intended to prove once again that there are some gas in his tank and most importantly the age is not an obstacle. It was not a matter of proof to their colleagues, not to the Japanese tennis community as they have respected his commitment to the sport for decades. After a long injury break and a mixed season affected by the coronavirus-affected, he devotedly wanted to prove to himself that he could do it, could still reach the top and bring his best form at the best time. Toshihide Matsui entered the center court in the Men’s Doubles finals as part of the tennis history which he still rewrote over and over again.

When the battle on the main draw at 96th Japanese National Championship had a green light on October 30, only few people would have thought that this tournament would be about Toshihide Matsui. And even fewer would have bet that the veteran pro representing Asia Partnership Fund would still have a main role on the final day of the tournament!

The current oldest active player on the ATP Tour (at the age of 43 year and 6 months)had a first match in singles and chose a cautious start having regard to his leg, which had just recovered from a long injury. Losing the first set by 2-6 against Ko Suzuki, but in the 2nd set, they went head-to-head until the tie-break, where Suzuki already led 6-3 and had 4 matchpoints. Toshi saved all with convincing confidence. Then by the change of the momentum, he even reversed the TB and tied the match, one set all. Unfortunately, it was the end of his run, because in the third set Matsui had to retire preventing his leg from any possible injury and saving all of his energy for the doubles.
Seeing his form, everyone was of the opinion that Toshi was in explosive form and if his body could hold on, everything is possible. Two days later, this was revealed in the first match of the men’s doubles. As the 2nd seeded pair, Kaito Uesugi and Toshihide Matsui reached the quarterfinals after winning their match by 7-6 6-4. In the quarterfinals, they topped their opponent in two flawless sets (6-4, 6-4), advancing into the semifinal.

Both the semi-final and the final matches resulted the same score (6-1, 7-6), the latter one came against the 3rd seeded pair. Toshi and Kaito accomplished their mission, became champion in the men’s doubles title, in addition to without losing a set!
Matsui san has already wrote history as the oldest player to reach the championships finals, but by winning his 5th championship title, he set another records.

Hereby You can find some special stats about Toshi’s incredible achievement. He rewrote the record book in many ways:

2. Winning the Men’s Doubles title this year, Toshi Matsui became the oldest Japanese player who won a national championship title in any category! He was 43 years 6 month and 19 days at the time of final match!

3. Among the men’s player, Toshi Matsui tied the all time Japanese record with Tamio Abe in all of the categories of MOST YEARS between the 1st and last title at the Japanese National championships:

4. Among the men’s player, Toshi Matsui became the all-time leader in the Men’s Doubles category of MOST YEARS between the 1st and last title at Japanese national championships:

5. Among the men’s player, Toshi Matsui became the all-time leader in Men’s Doubles category of MOST YEARS between his 1st and last final at the Japanese national championships:

BYTHEWAY, TOSHIHIDE MATSUI IS THE ONLY ONE AMONG THE PLAYERS IN THE ABOVE REFERENCED LIST WHO WON HIS FIRST AND LAST FINAL AND NEVER LOST A MEN’S DOUBLES FINAL, WINNING 5 TITLES!