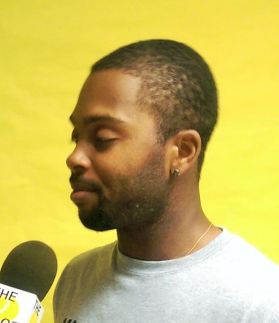 Donald Young completed a huge upset today when he came back from 0-2 set down and defeated the No.11 seeded Gilles Simon. At his press conference, answering a question regarding the origin of his mother’s first name (Ilona), Donald’s responded: ” It’s unique, name. I don’t know exactly where it originates from.” I told him that it is Hungarian. Donald was surprised:”Really? Awesome. She’s already there (showing her mother sitting in the press room). She already knew. She didn‘t tell me. Yeah.”
After this ‘conversation’ with Donald, I went to his mother to introduce myself, and Mrs. Young told me the entire story. Her mother’s favorite actress was Ilona Massey, a Hungarian actress who immigrated to US and became US citizen in 1946. She appeared in many movies, musicals and TV shows became one of the starts of NBC. Mrs. Young’s mother idolized Massey and named her daughter after her.