“Serena is Serena,” Vinci said Tuesday. “You have to play better, then better, then better.” Before her 10th US Open semifinal, Serena said about her next opponent: it gonna be “a really great matchup.”  Williams has a commanding lead with 4-0 against Vinci having played on every surface. 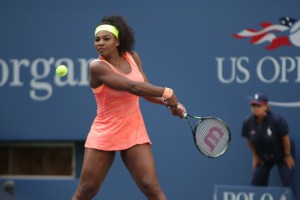 Posted in GS - Previews | Comments Off on US Open’15: Women’s semifinal – Serena Williams vs Roberta Vinci