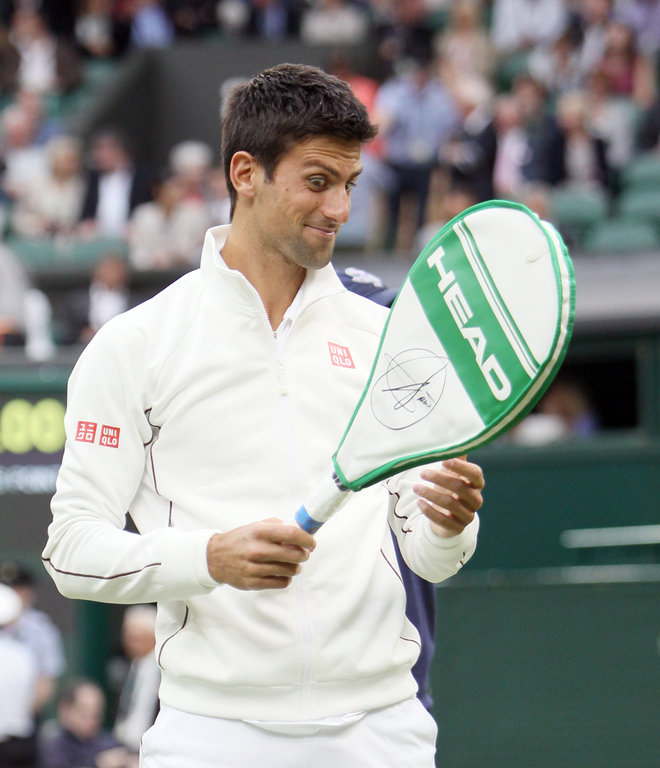 Miami Open: Djokovic did it again with the first triple-double in March!

KEY BISCAYNE, FLORIDA – Novak Djokovic is untouchable! Especial in this period of the year. If NCAA has March Madness, the No.1 player of the world has reign, hegemony, mastery; call it the way as you like. Namely, each word has its own weight and veracity. Reign, because since the Shanghai tournament of 2013, he won 8 Masters title in this 18 month span. Back to 1990 when the ATP Masters series started, Roger Federer is the only other player who could collect 8 Masters titles in almost the same period of time (19 months between Indian Wells in March of 2005 and Madrid Masters in October of 2006). Giving credit to the Swiss player’s record (8 titles of 17 tournaments), it should be noted that by now Djokovic has been creating a gap (8 of 13) between him and the elite of the field. Federer claimed 2 Masters in 2 years,e Nadal‘s sole Masters title of 2014 came from Madrid after Nishikori couldn’t cross the finish-line due to an injury. And the last member of the BIG 4, Andy Murray‘s negative record speaks for itself, his last glorious moment dated back in March of 2013…If you choose the word of hegemony, you come straight to the point: Nobody in the tennis history was able to finish this month staying unbeaten at both tour events.The Serbian player delivered the first triple-double feat (winning back-to-back Indian Wells and Miami titles through 3 consecutive years) and opened up a chance for this classic basketball term to require a legitimate place in the tennis dictionary. Finally, it is fair to say that the 8 time Grand Slam and 22 time Masters champion has currently an ultimate mastery and control over the men’s field. Furthermore, with the help of the “master-and-commander” line-up with Becker, after two-years of fruitless searching, Djokovic found his way and the key (back) to his success of 2011.

Novak Djokovic apologizes after yelling at a ball boy:

More coverage will be coming…