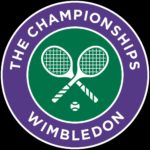 If you wanna relive again one of the greatest (if not the greatest) Grand Slam final ever, the Novak Djokovic vs Roger Federer Wimbledon final FULL MATCH version is available since yesterday! db4tennis.com = the most comprehensive Tennis Grand Slam Database: every match, player (male/female) whose name appeared on the main draw since 1877

Simona is the 1st…

John Bromwich & Roger Federer lost Wimbledon final the same way. In 1948, Bromwich had 3⃣MPs at 5-3 in the 5th and served for🏆, in 2019 Federer had 2⃣MPs at 8-7 in the 5th served for🏆. However, both missed to convert their chances and lost the match. As Bromwich mourned in the dressing room and Roger at his speech, they used . . .

At midway (but not turning!) point of his missionary journey towards to Paris, we stoically witnessed the latest overwhelming one-week powerhouse performance of Rafael Nadal. The 31-year old Majorcan “committed” a hit-and-run tennis versus his newfangled challenger from Greece,  accomplishing the Mediterranean Double (Monte-Carlo + Barcelona) 10 times in his illustrious career. Although, the 11th . . .

The 2nd tallest player in the current ATP-field is one win away from his personal milestone in his career, which eludes every big title up to 250+ (except for Hopman Cup) in this trophy cabinet. To sum up his resume, he did not even play in a GS final, and he had to wait his . . .

The young titan Pierre-Hugues Herbert and the experienced Nicolas Mahut snapped the French winless streak at the US Open men’s doubles!