Naomi Osaka reacted to the question from db4tennis.com regarding wishing to see more ‘Naomi-moment’ on the Tour.

3 of the last 5 Slams (after Serena Williams‘ return to the Tour) brought up always issues and incidents: 2018 Roland Garros – walkover before the match vs Maria Sharapova (catsuit case) 2018 Wimbledon – lost vs Angelique Kerber in the Final 2018 US Open – lost vs Naomi Osaka in the Final (Carlos Ramos . . .

Question to the champion – Sloan Stephens

On her maiden 1st press conference as a new US Open Grand Slam champion, Sloan Stephens was asked about her first memory of the winner’s trophy.

Donald Young’s mother revealed the story of her first name 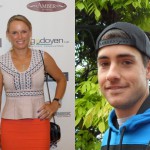 Hilarious mixed doubles by Wozniacki-Isner at the press conference