Posted in Widget | No Comments

Toshihide “Toshi” Matsui says thank you to his fans (ENG) 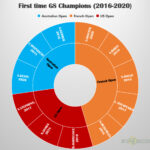 Since 2016, every season the WTA Tour nurtured at least 2 Grand Slam winners wholifted the trophy for the first time in their careers. It is an extremely unfamiliarterritory in the terms of tendency in women’s tennis, since this is the first time in thehistory of tennis that in 5 consecutive years, we have 2 . . .

Posted in Analysis | No Comments

Naomi Osaka: “Whatever I do, I try to tell myself to just do it from the heart”

Naomi Osaka’s first press conference after her match vs Coco Gauff where she showed her sportsmanship of inviting her rival to encore interview. Breaking with tradition, Osaka, herself only 21 years old, approached her tearful opponent and encouraged her to do the post-match

No.1 vs. No.2 player of the world and of the main draw meets each other, only third times since 1996 but every time, Djokovic was one of the participant! In the H2H record, still Federer has a slight lead by 21-20 before his 42nd matchup which put them on the second position in the Open-era . . . 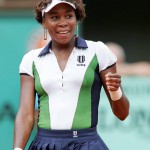 What is the relation between Venus Williams and the number 17?