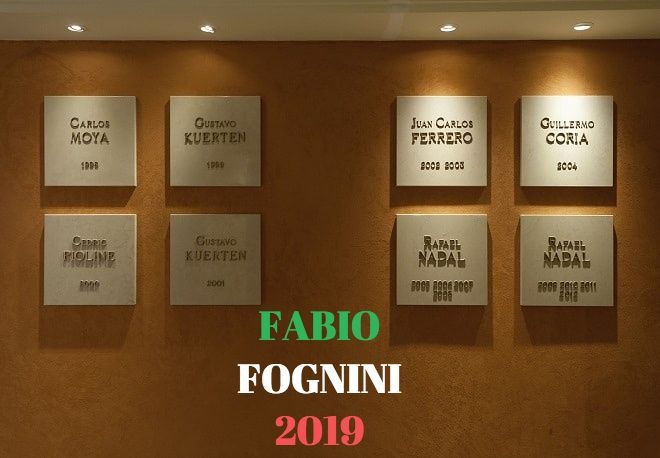 Having won the Rolex Monte-Carlo Masters beating Dusan Lajovic in the final, Fabio Fognini became the 6⃣3⃣rd champion in 1⃣1⃣3⃣ editions of the Monte-Carlo tennis tournament since 1⃣8⃣9⃣7⃣!

Fabio Fognini is the 4⃣th Italian who won the tournament in singles in Monte-Carlo since 1⃣8⃣9⃣7⃣! First Italian was Count Mino Balbi di Robecco in 1922,then Giovanni Palmieri in 1935. Nicola Pietrangeli won 3x (1961,1967-68) now Fabio Fognini (2019). All players were right-handed!

Last time when an Italian player was in a singles final in Monte-Carlo before Fabio Fognini, it was 42 years ago, on April 10, 1977 when Corrado Barazzutti lost vs Björn Borg ! That time, ELVIS PRESLEY was still alive.

Posted in General, Masters | No Comments