Last Saturday – on July 27 – Founder of Professional Tennis Registry (PTR),Dennis Van der Meer, passed away . Dennis was more than the founder of our great organization – he was the patriarch of our PTR Family, and he brought tennis coaches together. Dennis was a mentor, friend, educator, and advocate for countless tennis coaches . . .

Posted in General, Obituary | No Comments

You are touched by the spirit of the place as you watch the video below and relive the wonderful, human touching moments that the three new members of the International Tennis Hall of Fame , Mary Pierce, Li Na and Yevgeny Kafelnikov have given us during the first nighttime ceremony in Newport!

Posted in General, Hall of Fame | No Comments 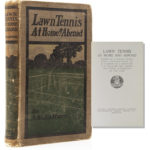 As of today, Yevgeny Kafelnikov, this year Tennis Hall of Fame inductee, is the LAST man who won a singles + doubles titles on the same Grand Slam! He completed this feat in 1996, he beat Michael Stich in singles, and with Daniel Vacek bt Guy Forget and Jakob Hlasek.

2⃣ Tennis Hall of Fame inductees of ’19 – Li Na and Mary Pierce – played once during their career! This was Mary Pierce ‘s last Grand Slam match ( US Open in 2006). Li Na won that match!

In 6⃣5⃣ years of the Tennis Hall of Fame, this is 1⃣st time that all of 3⃣ inductees (Yevgeny Kafelnikov , Li Na, Mary Pierce ) are multiple singles champs and won the same Slams ( Australian Open and Roland Garros ).

Simona is the 1st… 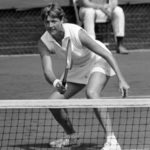 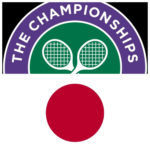