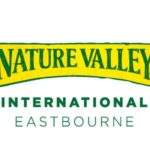 Taylor Fritz is -the 3⃣rd player who won his 1⃣st ATP Tour  title in Eastbourne (Andreas Seppi in 2011, Mischa Zverev in 2018);-the 2⃣nd 🇺🇸player (Andy Roddick in 2012) who won in Eastbourne;-the youngest among Eastbourne champs in men’s singles (21 years 8month 1day).2019 men’s singles final was the shortest (1hour) in Eastbourne since 2009.

Congratulations to the 20th anniversary of the Academia Sánchez-Casal (AS-C)! A successful model created by Emilio Sánchez Vicario and Sergio Casal in 1998. Using tennis and education within the ‘Academia’ framework as the vehicle for personal development, our student athletes will continue to be good citizens of the world, long after they leave our care.The Sánchez-Casal Academy is considered . . .

Legacy and GOAT on the line

Legacy and GOAT-status is on the line for Rafa Nadal, Roger Federer and Novak Djokovic …the winner will take it all… 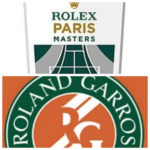 KK on a hot streak in Paris

Roger Federer & Rafael Nadal wrote history at Roland Garros! 1⃣st time they had opponents from the same country with the same scoresheets in the same round at a major!Federer – Leoardo Mayer (ARG) 62 63 63Nadal – Juan Ignacio Londero (ARG) 62 63 63

3 of the last 5 Slams (after Serena Williams‘ return to the Tour) brought up always issues and incidents: 2018 Roland Garros – walkover before the match vs Maria Sharapova (catsuit case) 2018 Wimbledon – lost vs Angelique Kerber in the Final 2018 US Open – lost vs Naomi Osaka in the Final (Carlos Ramos . . .