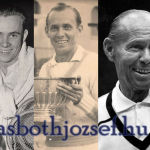 Jozsef Asboth 100 years – the victim of the history

Jozsef Asboth is best remembered for being the first Hungarian tennis player and the first player from an Eastern European (then Communist) country to win a Grand Slam singles title at the 1947 French Open (where he was seeded fifth). As of today, he is still the only Hungarian male player who won a Grand Slam . . . 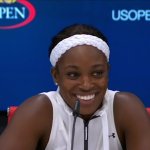 Question to the champion – Sloan Stephens

On her maiden 1st press conference as a new US Open Grand Slam champion, Sloan Stephens was asked about her first memory of the winner’s trophy.